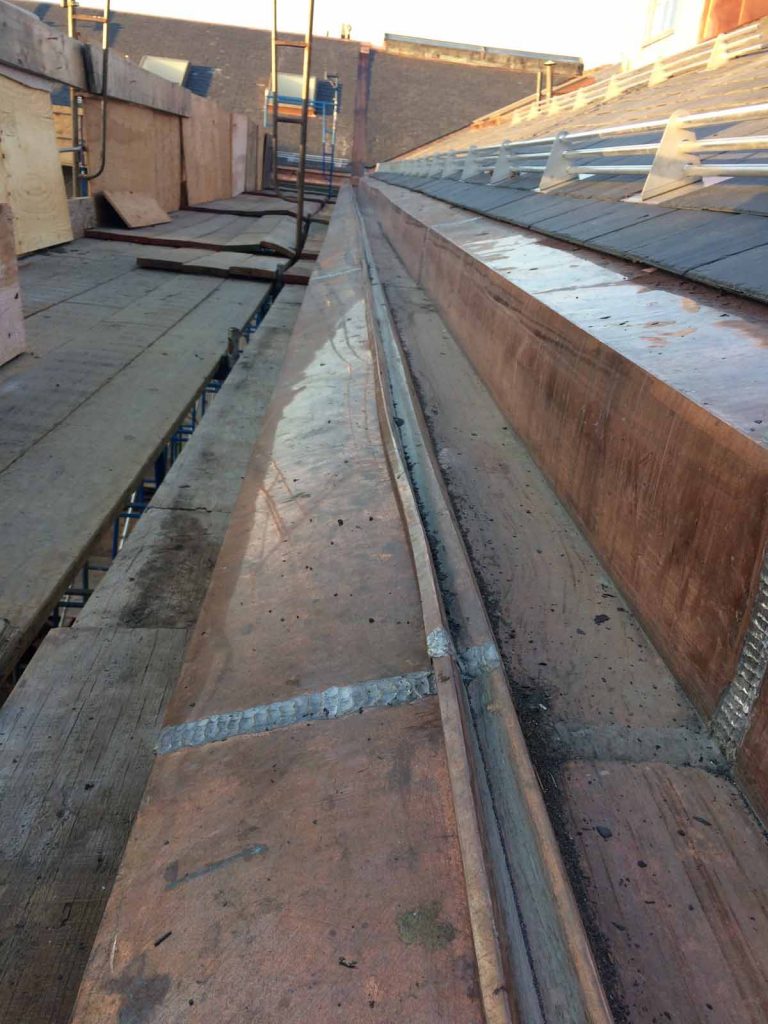 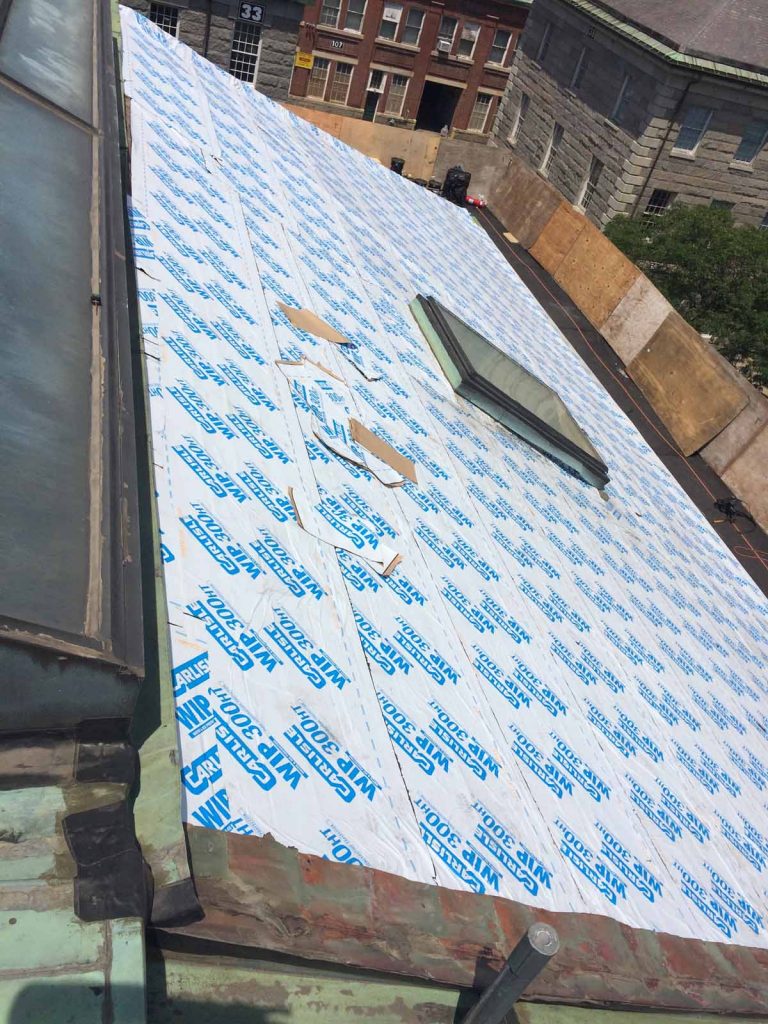 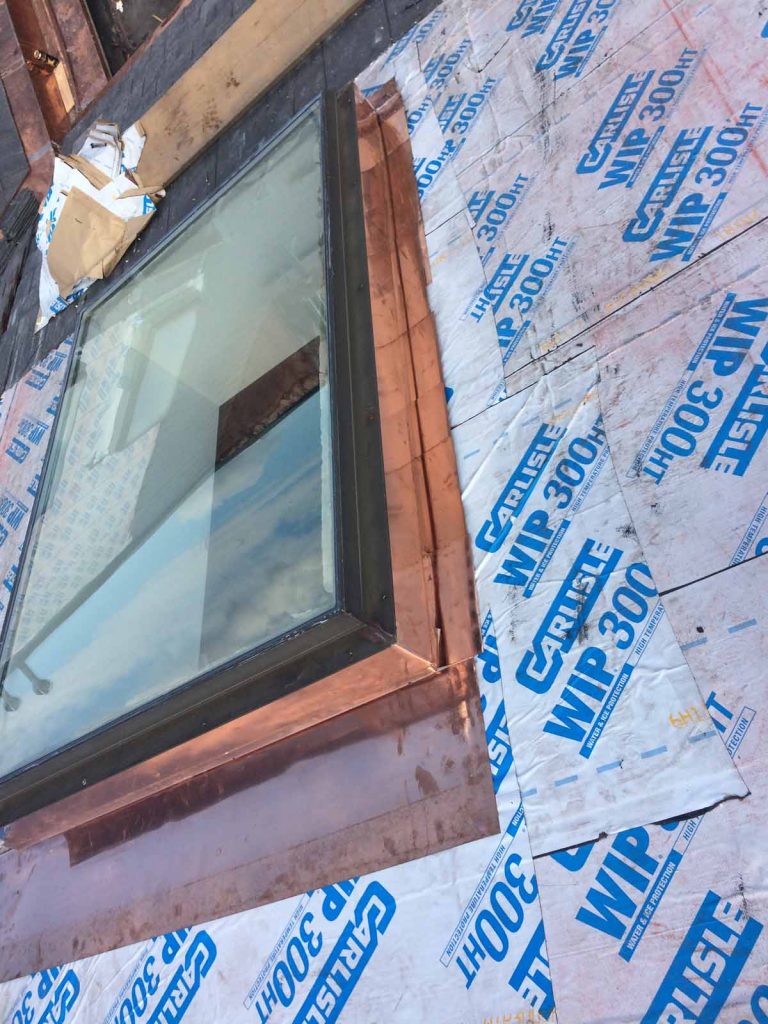 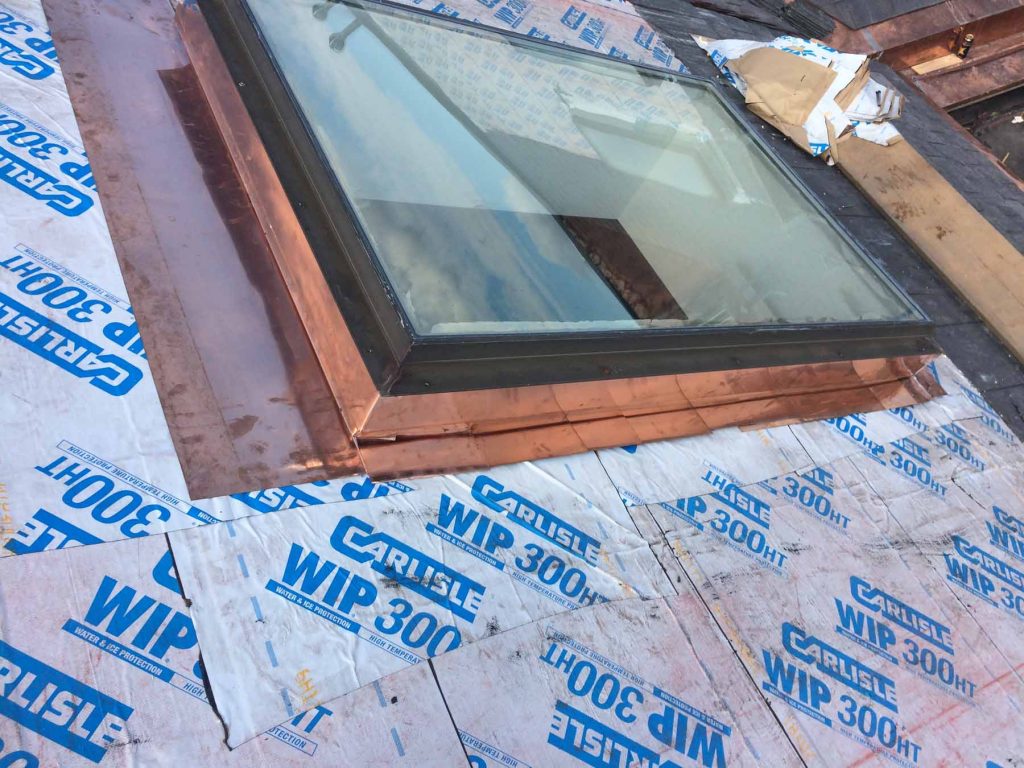 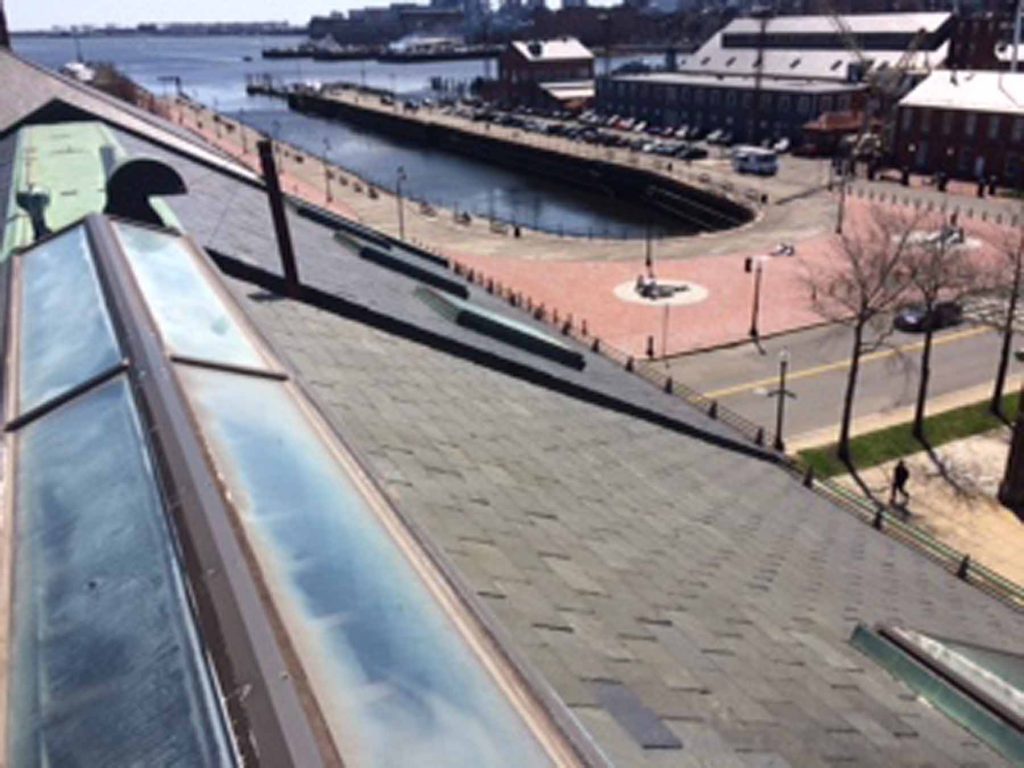 The 49,000 square foot office building was part of the National Park Service Historic Monuments District and as such had to be painstakingly maintained to its original appearance from when it was first commissioned by the United States Navy. While replacing a roof on an office building is not typically noteworthy this project required a significant amount of coordination with approving authorities having jurisdiction. Much of the copper detail had to be custom crafted to match the original form and the slate itself was sourced to best match the original materials. During the course of the work the building was continuously occupied and as such needed to remain weather tight as well as providing safe access to the building. The result was a well-executed project and an historic roof that will provide another century of protection from the elements. 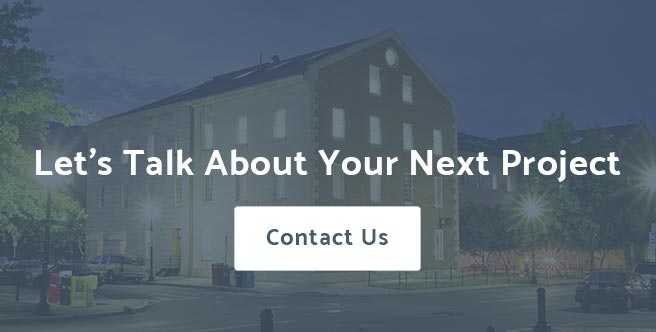 Let us put our years of experience and expertise to work for you.